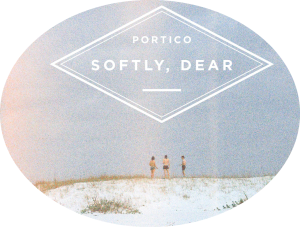 Show me your artwork, and I’ll tell you which is your music genre. This might be the most indie-snobbish statement I’ve ever written, although being true. END_OF_DOCUMENT_TOKEN_TO_BE_REPLACED

And the Leeds saga shall continue… 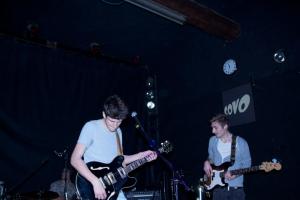 Hey all, I am currently on a train back from Leeds, struggling both to stay awake and not focus on the ridiculous amount of time left before my arrival. Thankfully, today I have a bunch of young fellas keeping me company – ahem, with their music. The Italian four-piece Absolut Red is an indie-rock band from Bologna, one of the local capitals of the music-hype.

The debut album “A Supposedly Fun Thing We’ll Probably do Again” appears soaked into the early MySpace Generation (above all with Arctic Monkeys). The formula is pretty straight-forward: smoothly electric guitar riffs a là Sergio Pizzorno of The Strokes (Life in Black and White), steady and slightly boogie drums, clear edgy vocals with a Strokes–esque aftertaste (Sunday). The choice of drawing from the early 2000s heritage (with a pinch of Blur’s Britpop in Embrionology), may be both praised or criticised: despite the lack of reinterpretation, the band revives a trend with a flawless touch.

There is, indeed, a hint of uniqueness in the steady tempo of the jazzy Bathroom Whistling; moreover, we get an occasional hint of reverb-y electro-tribe more in line with the current British music trends, showing a clear focus on the aforementioned scene, and making instantaneously a tasty release for a wider audience. Highly appreciated the richer fuzzier sound of Africa Savannah – this is the ultimate proof that, blending in original touch and relying less on a bullet-proof formula, Absolut Red would certainly break through.

After my touchy-girly moment a couple of days ago, here we are back again with a nice chat with a powerpop band. Following Friday is a young Italian project that is promoting its new EP “Out of the fence”. Today we’re having another Italian/English interview, as I want to make them bilingual in order to give the possibility to understand them, whether you are Italian speakers or not. Enjoy and stay tuned!

END_OF_DOCUMENT_TOKEN_TO_BE_REPLACED

Everything Seems so Perfect from Far Away

– You need to celebrate Spring arrival

Do you like indie rock, with a pinch of pop? If yep is the answer, Chutes re definitely your cup of tea. I had a not-so/brief chat with the drummer of the band, Matt, who found some time to answer to my questions about gigs (also front rowed ones, being on the other side of the stage), some tasty suggestions on Kent breakthrough acts and a forthcoming EP.

END_OF_DOCUMENT_TOKEN_TO_BE_REPLACED

They describe themselves as three friends, playing because they love to. Get to know this pop/rock trio a bit better below,Russel’s lucky ritual included! END_OF_DOCUMENT_TOKEN_TO_BE_REPLACED

I’d like to apologise for my absence, but I had a couple of pretty though days, and I’m also preparing a couple of tasty new entries and updates for you guys. In the meanwhile, here there is an indie pop band worth listening to, and also a really nice bunch of people. To get something more about their music, you can read the review of their EP ‘Night School’ here, whilst here there is a long, but worth reading, interview. Enjoy. END_OF_DOCUMENT_TOKEN_TO_BE_REPLACED

WtMiO by Fab Electra is licensed under a Creative Commons Attribution-NoDerivs 3.0 Unported License.
Just another DIY Music Blog
Create a free website or blog at WordPress.com.